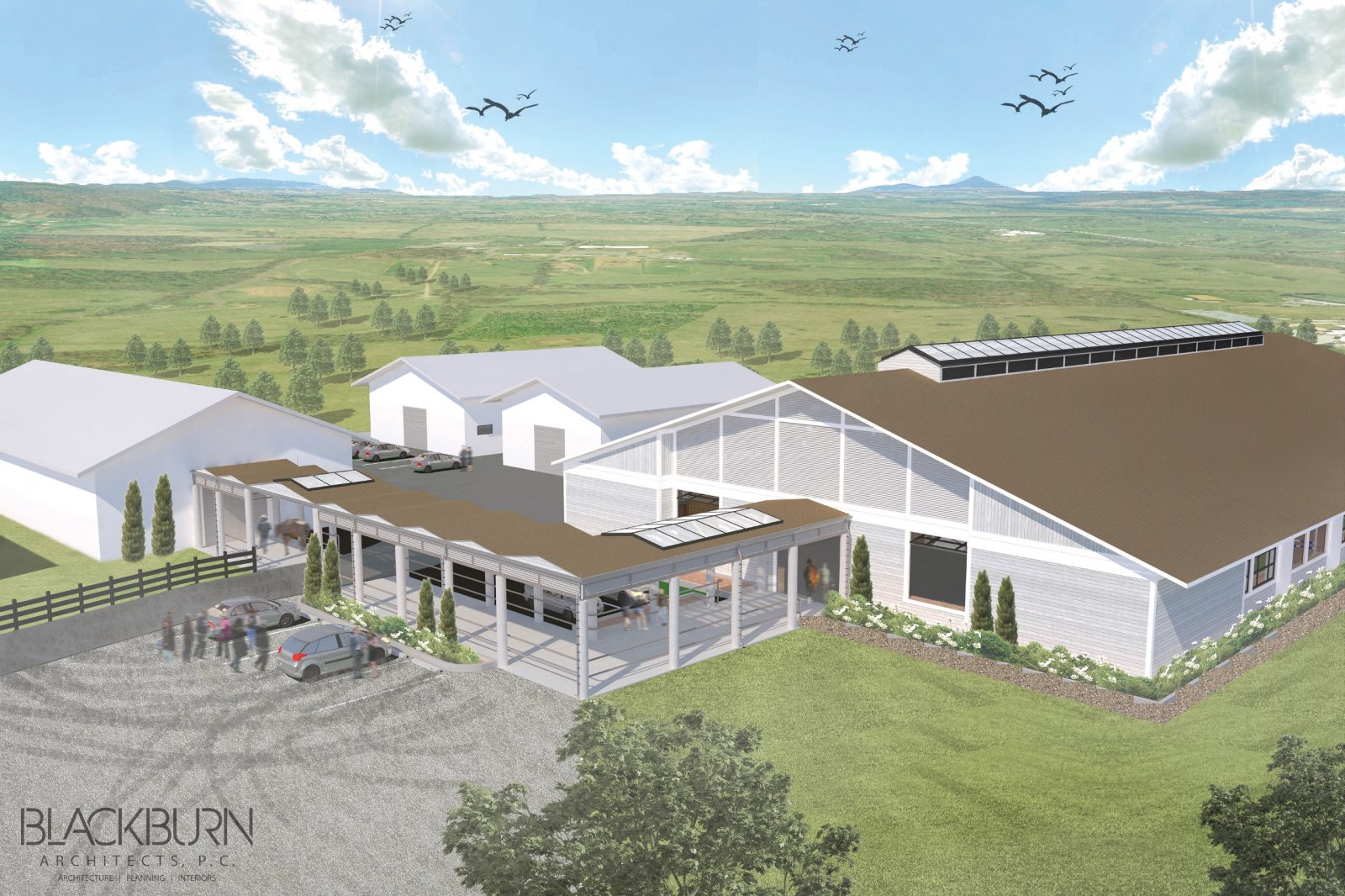 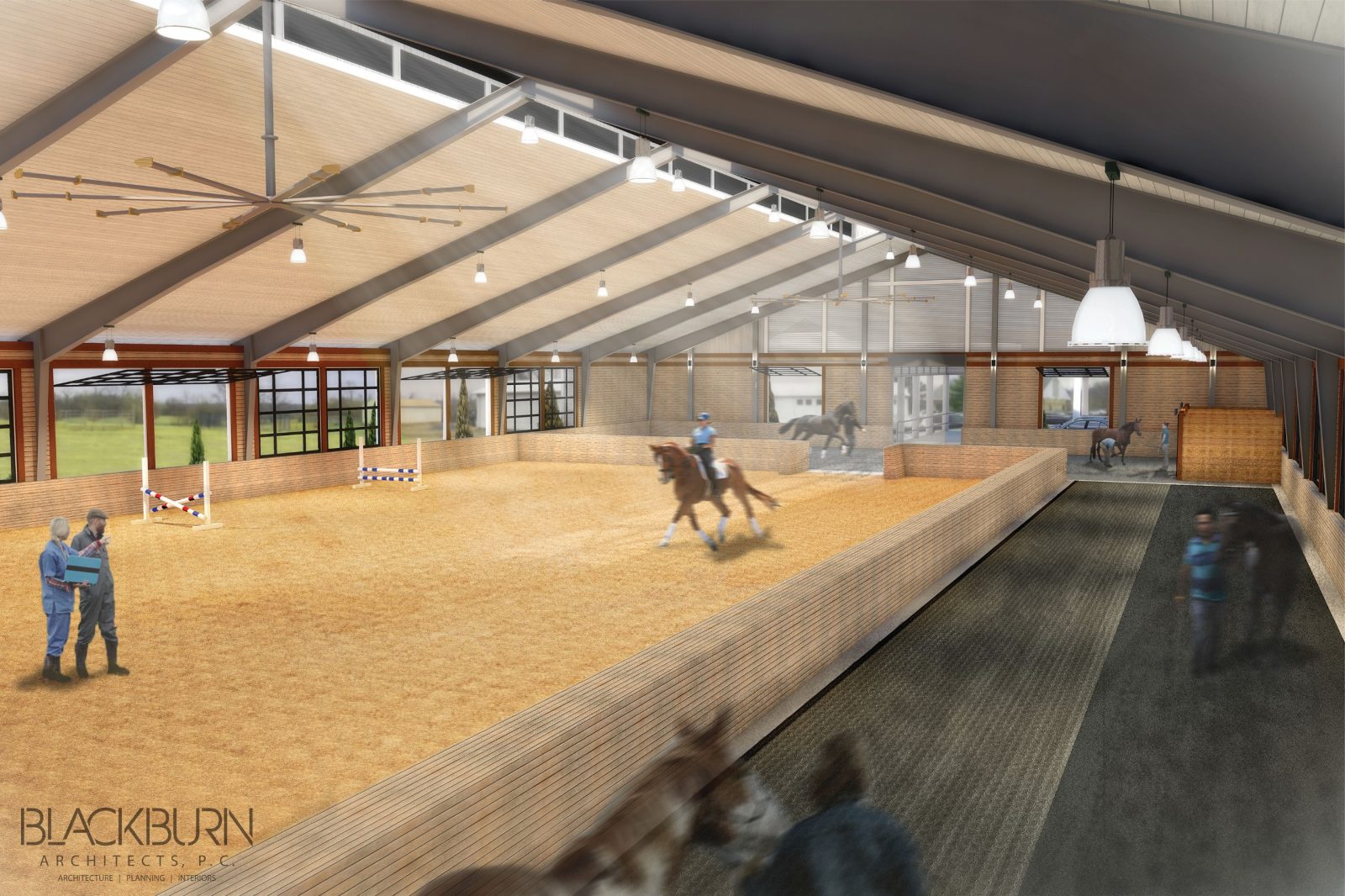 Demonstrating the power of philanthropy to enhance EMC’s ability to treat sport horses, the Steven and Jane Hale Indoor Arena was made possible by Aimee and Frank Batten, who originated the matching challenge.

“Aimee and Frank Batten graciously welcomed our original proposed concept for an indoor arena and shared insightful feedback about our plans,” said EMC director and Jean Ellen Shehan Professor Michael Erskine D.V.M. ’88. “These discussions and their tremendous generosity resulted in an even more impactful vision for the future of comprehensive performance horse evaluation at the Equine Medical Center.”

The Battens’ initial challenge, which was followed by a number of donations, ultimately inspired Joe May ’62 and Bobby May to work with EMC to designate the estate gift from Steven and Jane Hale to fulfill the total matching goal.

“As trustee of the Steven D. Hale Trust, Joe was committed to ensuring that funding this project honored the values of Steven and Jane Hale,” Erskine said. “As we discussed the vision and impact of the indoor arena complex, we all came to believe that it is exactly the type of project that the Hales would have wanted to support.” 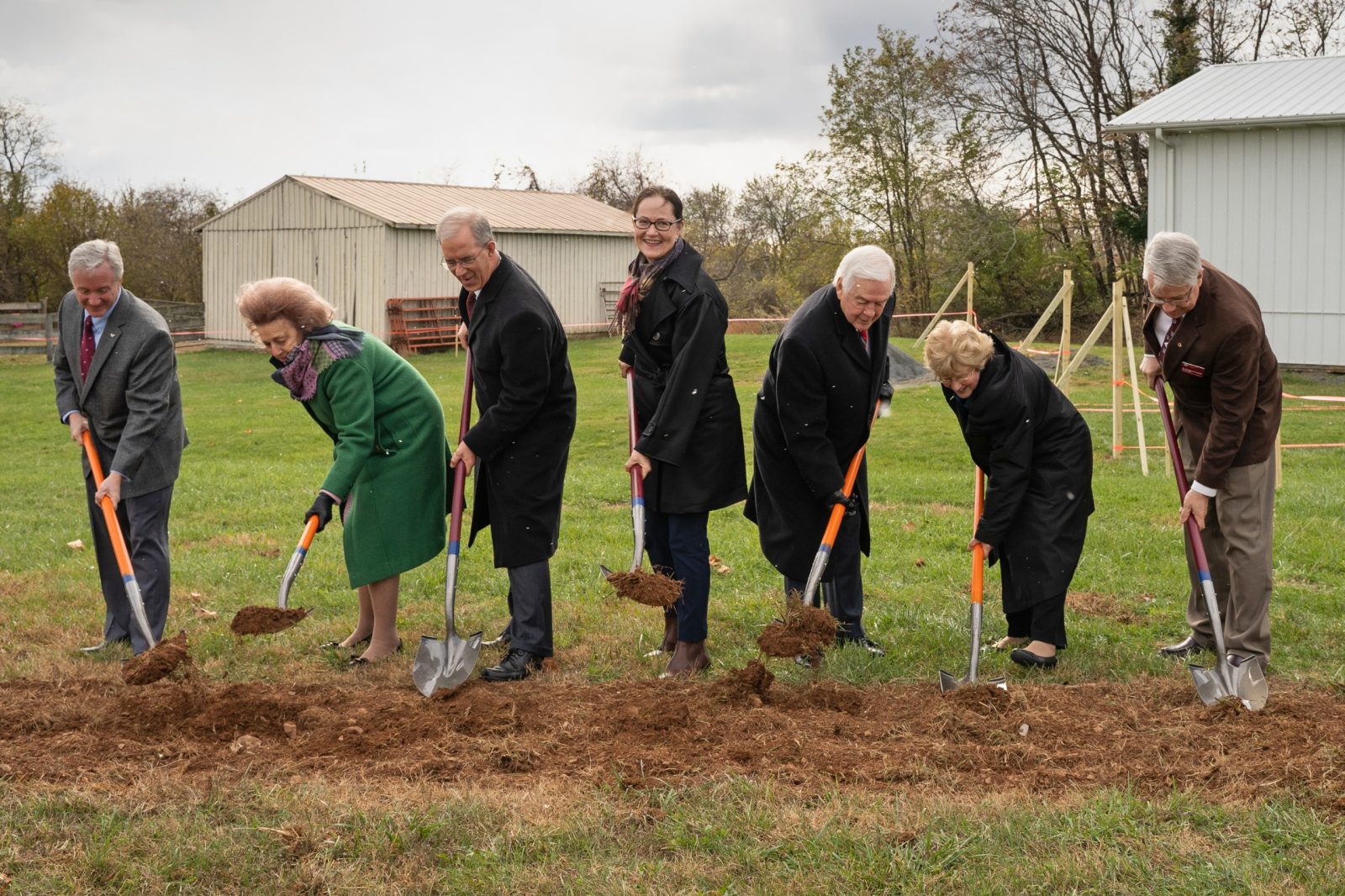 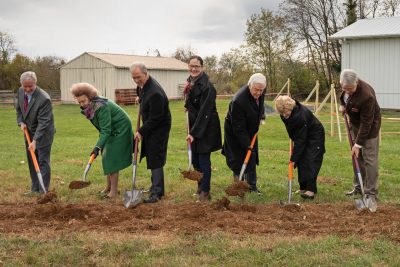 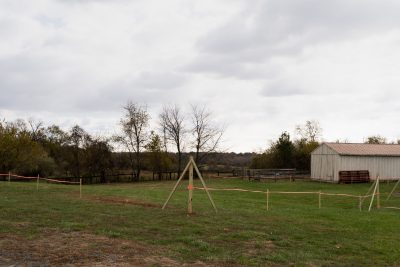 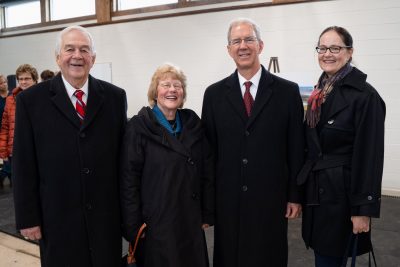 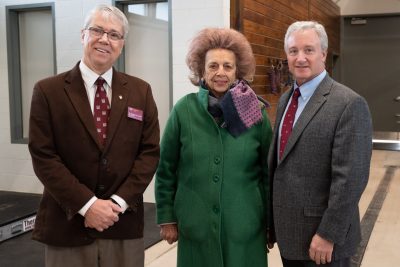 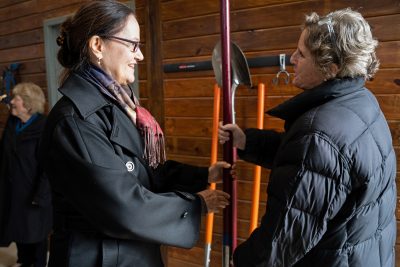 Marking the final component of EMC’s “New Horizon” operational plan, the new facility is “a springboard for continued progress as we implement our new strategic plan,” Erskine explained.

Released in 2014, the plan focused on advancing the center’s sports medicine capabilities to benefit equine athletes by integrating lameness evaluations, advanced imaging, therapeutic podiatry, and other modalities, such as acupuncture. The initiative also outlined the recently renovated Youngkin Equine Soundness Clinic, as well as an updated farrier shop, both now receiving patients.

The center’s new plan, “Beyond Horizons,” lays the groundwork for EMC — which is observing its 35th anniversary this year — to continue its progress toward becoming the premier equine medical center on the Eastern Seaboard. “This arena is a significant and transformative step forward in helping fulfill that vision,” Virginia-Maryland College of Veterinary Medicine’s interim dean Gregory B. Daniel noted in his remarks at the groundbreaking.

Upon its completion, the Steven and Jane Hale Indoor Arena Complex will be adjacent to the YES Clinic, connected by a breezeway.

“The arena will have three different surfaces under one roof, allowing the comprehensive evaluation of the equine athlete to accurately diagnose conditions that can adversely affect performance,” Erskine said. “It is truly a 21st-century facility that underpins the EMC’s commitment to equine sports medicine.”

From a broader perspective, Erskine and Stacey Ahner, the center’s director of major gifts, pointed out that the interconnected facilities fully support a multidisciplinary approach: different specialists will be able to evaluate horses at the same site.

“Since the horse is our central focus and the facilities are key, there’s this collaborative aspect as we can bring the specialists from the hospital to the horse and have them work within the same space,” Erskine said.

Such upgrades and renovations are aligned with the skills and expertise of the center’s faculty and staff, with the patient care they deliver and with client expectations. What’s more, the new facilities serve as a visual marker of the work happening within EMC, including advanced CT imaging, regenerative medicine, and podiatry. “The complex makes it readily apparent to people that this facility is worthy of these patients,” Ahner said.

“This is a wonderful example of a capital investment in EMC that will enhance the overall sports medicine program through 100 percent philanthropic gifts,” said Sandy Torget, director of advancement at the Virginia-Maryland College of Veterinary Medicine.

The night before the groundbreaking, EMC commemorated the remarkable career of Professor Emeritus of Equine Surgery Nathaniel A. White II, who has retired from Virginia Tech but continues to make rounds with and inspire EMC clinicians.

White joined EMC in 1985, a year after the center’s founding. The Theodora Ayer Randolph Professor of Surgery from 1987 to 2003, and the Jean Ellen Shehan Professor and EMC director from 2003 to 2012, he was named professor emeritus in 2013.

“Nat has earned great respect from all the veterinarians on the East Coast. We are always indebted to [him],” said Beverly “Peggy” Steinman, chair of the EMC Advisory Council, at the retirement celebration. “His wisdom and advice are invaluable.” 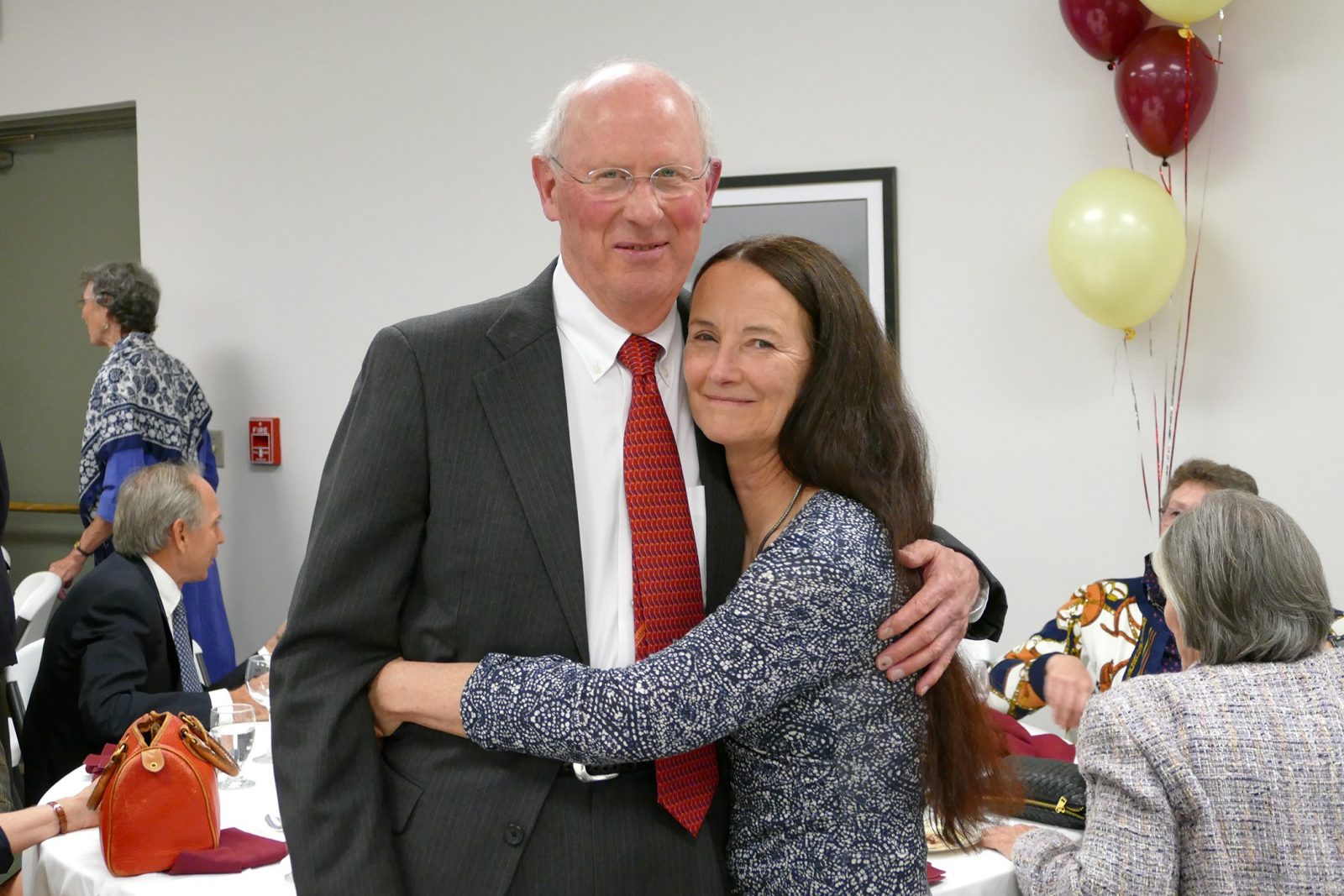 Nathaniel White with his wife, Leslie Sinn, at the dinner celebrating his career at EMC. Photo by Sharon Peart for Virginia Tech. 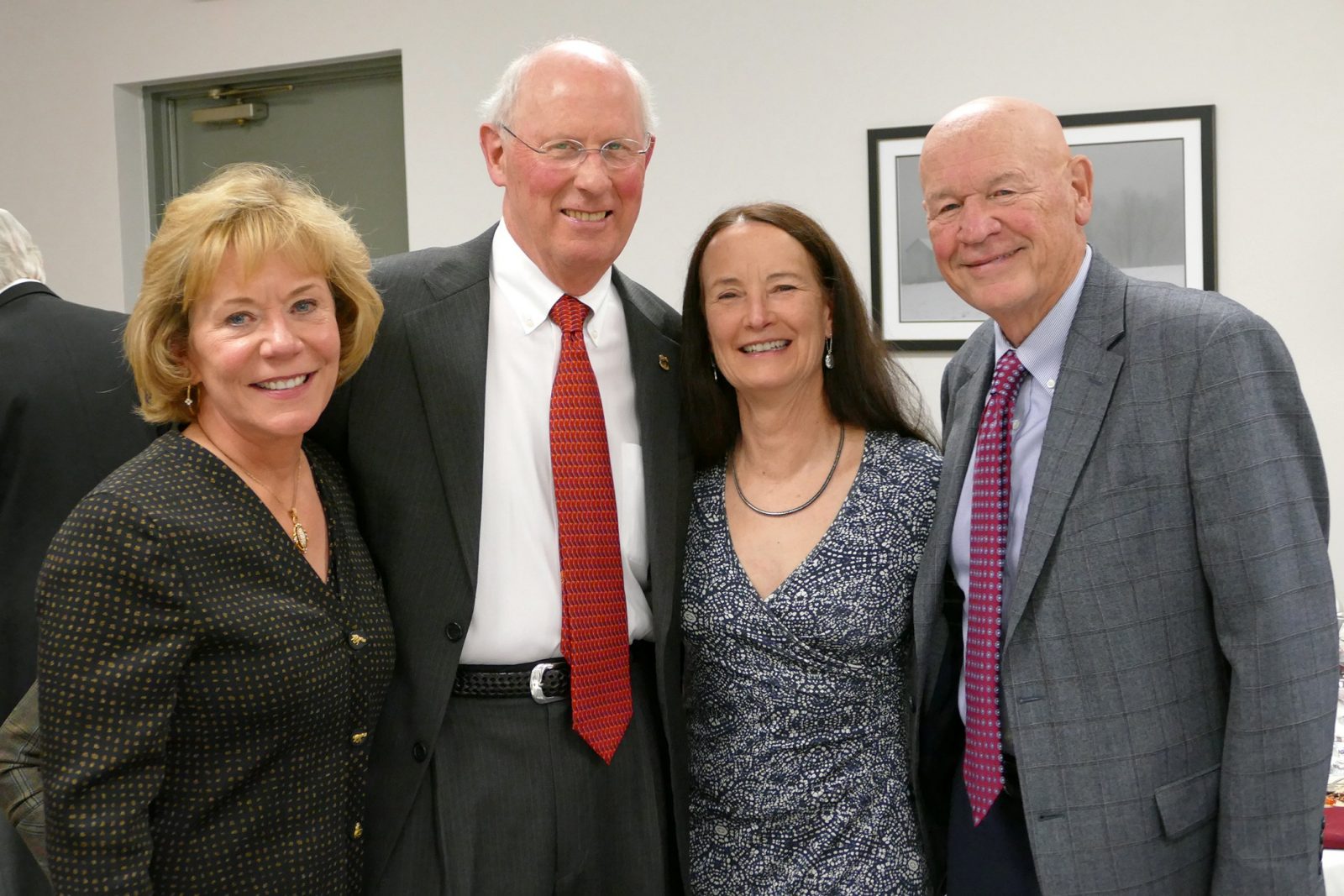 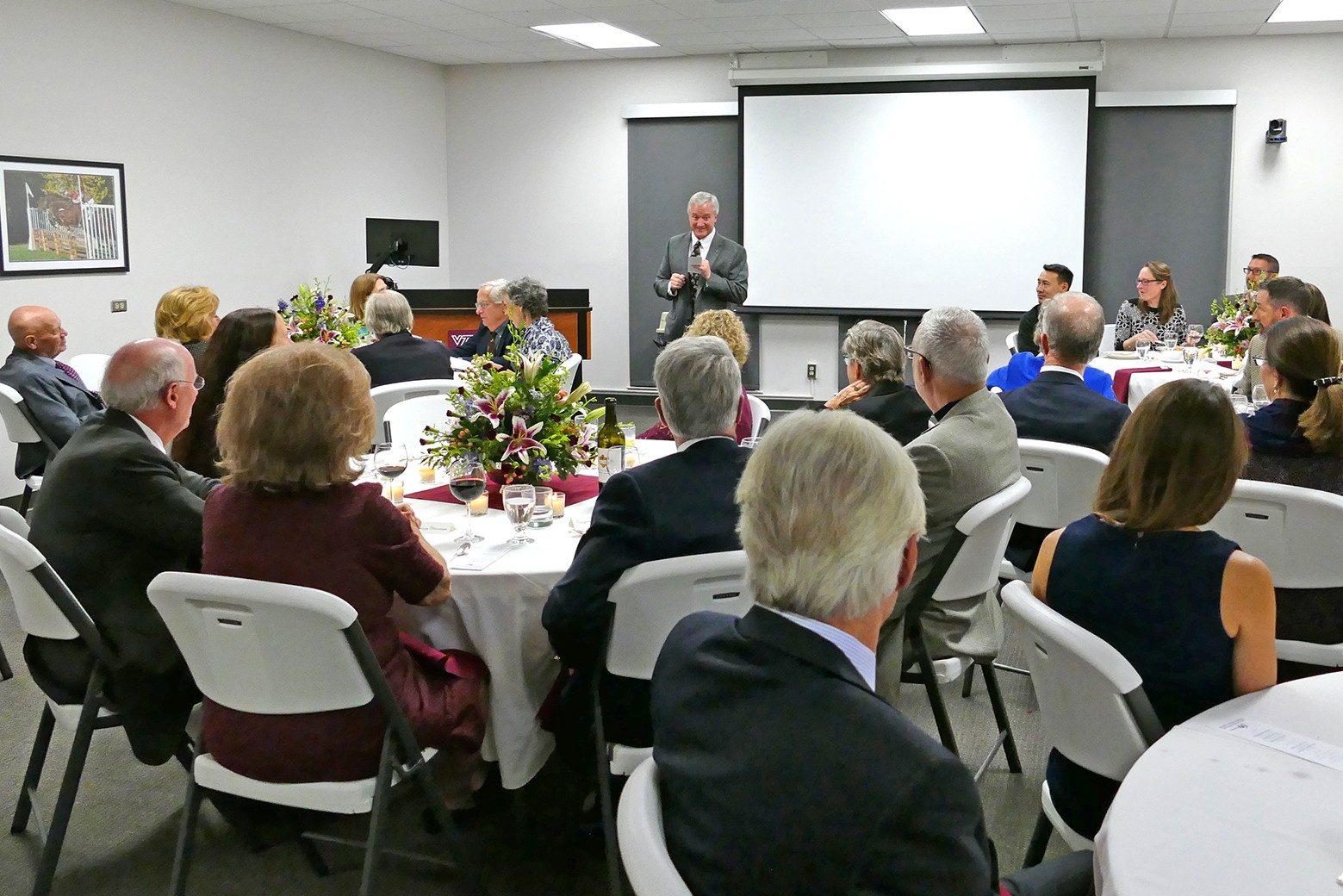 A diplomate of the American College of Veterinary Surgeons (ACVS) and a world-renowned expert in colic, White wrote several books on the topic and pursued research interests in the pathophysiology of ischemia-reperfusion, epidemiology of colic, abdominal and orthopedic surgery, and treatment of orthopedic diseases. Since 1997, he has served as a director for the ACVS Symposium and is a past president of the ACVS and of the ACVS Research and Education Foundation. White is also a former president and director-at-large for the American Association of Equine Practitioners.


Thank you for considering a gift to the Equine Medical Center. The support of generous donors who share our passion for equine medicine and wellness benefits every client and patient who walk through our hospital doors.